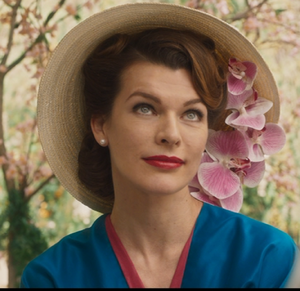 The Duchess (Milla Jovovich) was the main villainess from the 2019 film, Paradise Hills.

The Duchess was introduced as the owner and proprietress of Paradise, a modified behavioral center for young women who have displeased their families. Paradise's newest patient was main protagonist Uma, who was sent by her mother due to her disapproval over her planned arranged marriage to Son--who is an Upper (coming from wealth). Uma was in love with Markus (a Lower), which was met with disapproval from her mother, and regarding the Duchess, she displays a kindly demeanor and tells Uma that her stay at Paradise will only last two months. 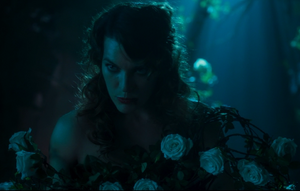 However, as revealed by Amarna, another patient, the Duchess had been drugging all of the girls by lacing their milk, and in addition, the Duchess lashed out at Yu and threatened to harm her as she attempted to get the girls back in their rooms when the arrival of an unknown person on a boat caused panic. Amarna revealed that there was no stalker, and the boat was a way out, leading to a plan for both herself and Uma to escape. The announcement of Amarna's sudden graduation changed things, and regarding Uma, she was taken and forced to watched video of her father's suicide, after which she is drugged.

Uma awoke and encountered the Duchess, who revealed that she had been asleep for two full weeks, after which she informed Uma that she could leave on the following day. She also showed Uma video of a reformed Amarna, but suspecting that something was off, Uma took Chloe and Yu to escape, only for Yu to be taken by orderlies and operated on. During the rescue, Uma and Chloe take down a group of the Duchess' henchmen and realize Paradise's true plan: they were making replicants of the girls, with the reformed version of Amarna being one of them.

Yu fatally succumbs to the injuries caused by the surgeons, with Chloe and Uma escaping and ending up at a garden, where bodies of past Paradise girls are discovered. Uma later finds Chloe wrapped around vines that were suffocating her, only for the "vines" to be revealed as the Duchess, who had been feeding off the girls and had done the same to Chloe. The villainess moved towards Uma, only for Uma's replicant, named Anna, to appear and claim that she is the real Uma. The evil Duchess became confused and couldn't figure out which Uma was real, and the distraction was enough to allow the real Uma to take out her scalpel and slash the Duchess' throat, killing her instantly. 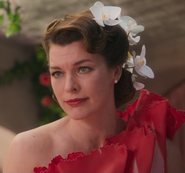 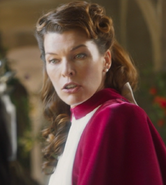