Nadia Sterling is the first cousin of Brad Sterling, who passed away prior to the film's events. Her backstory revealed that she had longed to become a mother herself, but after several attempts and treatments, Nadia was left unable to have children. Nadia's opportunity came when she was named as the official guardian of Phoebe Sterling, Brad's daughter with his wife, Chloe Sterling (a lawyer), with Nadia being originally named in Chloe's will.

Following the announcement, Nadia turned heel by pursuing and stabbing Chloe to death in an underground parking lot. David York, Chloe's partner at her firm, Sterling & York, phoned Chloe's best friend, high school computer science teacher Lauren Beeches (the film's main protagonist) about Chloe's murder, bringing shock to Lauren (as she had spoken to Chloe prior to the murder). After Phoebe arrived and embraced Lauren, Nadia arrived and introduced herself as Brad's cousin, while appearing mournful over Chloe's sudden death to mask her elation over receiving Phoebe.

However, to the surprise of both women, David revealed that Lauren was named as Phoebe's guardian after reading Chloe's will, meaning that it had been changed after Brad's passing. As a result, Lauren became an obstacle in Nadia's goal, leading to the villainess stalking Lauren and making an attempt to kill her. Nadia's plan involved poisoning Lauren's cup of coffee, only for the laced coffee to end up in the possession of Lauren's friend, Christine, who drank it and nearly succumbed, but was saved in time. After that plan failed, Nadia resorted to sabotaging Lauren's good name, and after seeing Lauren with Connor Marrin, a student at her school, the maniacal villainess took pictures of the pair and posted them online to portray Lauren as a sexual predator engaged in an affair with Connor (in actuality, Lauren had been tutoring Connor).

Connor's lovesick obsession towards Lauren ended up helping Nadia, who also sent texts to Lauren on Mystmsg posing as Connor, and later on, the evil Nadia broke into Lauren's home and attempted to abduct Phoebe. Lauren had suspected Connor of being behind the stalking, all the while, Nadia consoled Lauren during her ordeal, though she attempted to claim that David and Chloe had an affair that resulted in Phoebe's conception and birth, and also made suggestions that David could be after Phoebe.

As a result of Nadia's actions, Lauren ended up on the receiving end of a criminal investigation, and her encounter with David saw her voice her suspicions that David was Phoebe's father--claims that David denied. David figured out that Nadia made the claims, and also revealed that Nadia had filed a claim against Lauren in a quest to gain custody of Phoebe, resulting in Lauren calling Nadia and confronting. The call saw Nadia begin to reveal her true heel persona, as she lambasted Lauren and referred to her as a "sex-crazed monster," while adding that she couldn't leave Phoebe with Lauren due to the allegations against her. Later on, Lauren entered her home and saw Connor knocked out in her garage with the car's engine turned on, and after being rescued, Connor revealed that Lauren sent her a text asking him to head to the house.

At that moment, Nadia appeared with a knife and revealed herself as Connor's attacker, while also lashing out at Lauren for taking Phoebe from her. The deranged villainess also unveiled her past failures to become pregnant, as well as the fact that she killed Chloe to obtain Phoebe, and later went after Lauren after learning that the will was changed. Nadia was also behind the messages to Lauren, and she made her claims against David to prevent Lauren from hiring him as her lawyer, as she knew that she wouldn't win the case if Lauren had David representing her.

After her villainous confession, Nadia ordered Lauren to enter the garage so she could kill her, only for Connor to disarm the villainess, allowing Lauren to fight against Nadia. The villainess ended up regaining the knife in the struggle, which ended with Nadia accidentally stabbed to death with her own weapon. 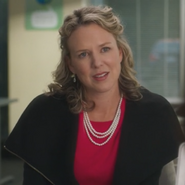 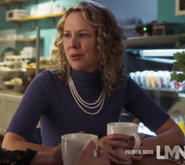 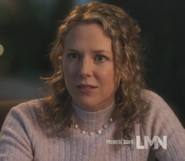 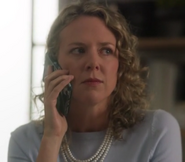