Villainous Beauties Wiki
Register
Don't have an account?
Sign In
Advertisement
in: Blonde, Bondage Used On Villainess, Boss,
and 9 more

Claire Ivey was introduced as a woman who was stopped for a speeding infraction by officers John Nolan and Lucy Chen; however, after Claire introduced herself, Nolan contacted Sgt. Wade Grey about Claire, leading to Nolan learning that Claire was a master thief who had been connected to several robberies but never arrested--with the added reveal that detective Angela Lopez had attempted to capture her five years prior. With various big events set to take place in Los Angeles, including (but not limited to) the Getty Gala, Nolan was instructed to order Claire to leave town--something that Claire predicted would occur.

Nolan continued to keep watch on Claire, as it was believed that she was planning a big heist, with the villainess herself teasing Nolan and Chen that she was up to something. Nolan's attempt to stakeout Claire on his date with firefighter Bailey Nune resulted in Claire revealing all of Nolan's history and past to him, and later on, after Claire's car was shown to have a boot on it, Claire appeared with her motorcycle--boasting that she was always one step ahead. Officers Nyla Harper and Aaron Thorson's meeting with Leilani, the assistant to celebrity stylist Michaela Faris--whose body was found earlier in the episode, ended up revealing Claire's planned heist.

As Thorson revealed, Claire's plan was to rob the armored trucks delivering the jewelry for the Getty Gala, and to do that, she needed the delivery schedule. The villainess entered Michaela's home and killed her for the schedule, and in the episode's climax, the evil Claire appeared with her crew and planned to perform her latest heist. However, as each of her crew members were thwarted by newly promoted sergeant Tim Bradford's unit, Claire was stopped by Nolan, which followed by the villainess admitting to underestimating Nolan before surrendering and being handcuffed and arrested. 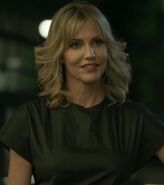 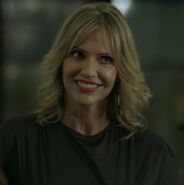 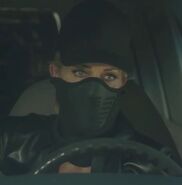